The Secular Franciscan Order belongs to the Franciscan Family and is “formed by the organic union of all the Catholic fraternities, whose members, moved by the Holy Spirit, commit themselves through profession to live the Gospel after the manner of St. Francis in their secular state following the Rule approved by the Church" (Const. 1,3).

“The rule and life of the Secular Franciscans is this: to observe the gospel of our Lord Jesus christ by following the example of Saint Francis of Assisi, who made Christ the inspiration and the centre of his life with God and people…. They should devote themselves especially to careful reading of the gospel, going from gospel to life and life to the gospel." ( Rule Article 4).

STRUCTURE OF THE SECULAR FRANCISCAN ORDER

The Secular Franciscan Order is divided into Fraternities at various levels: local, regional, national and international. Each of these Fraternities is animated and guided by its Council and a Minister or President.

The local Fraternity is “the basic unit of the whole Order and is a visible sign of the Church, the community of love. This should be the privileged place for developing a sense of Church and the Franciscan vocation and for enlivening the apostolic life of its members" (Rule Article 22).“The fraternity must offer to its members opportunities for coming together and collaborating through meetings to be held with as great a frequency as allowed by the situation and, with the involvement of all its members" (Constitutions 53,1)“The council of the local fraternity is composed of the following offices: minister, vice-minister, secretary, treasurer, and master of formation. Other offices may be added according to the needs of each fraternity. The spiritual assistant of the fraternity forms part of the council by right (Constitutions 49,1-2)

“The regional Fraternity is animated and guided by a Minister, or President, and by a Council who are duly elected" (Constitutions 61,3).

“The national Fraternity is the organic union of local Fraternities existing within the territory of States or of national entitities" (Constitutions 65,1).

“The national Fraternity… is animated and guided by a Minister or President and by a Council who are duly elected" (Constitutions 65,3). Francis and his brothers felt led by the Spirit to serve the penitents, who for their part looked more and more to the friars for guidance and spiritual animation.
On the role of the assistant, Pope John Paul II says: ‘the mission of the ecclesiastical assistant is directed toward educating in the faith and promoting growth in the interior life… in such a way that the laity respond joyfully and generously to the call to holiness and to their specific mission according to the Gospel… The mission of the Assistant then achieves its goal in the promotion among the members of the Fraternity of their particular lay vocation in all its implications and specific nature… Your action, your specific apostolate, your mission as spiritual fathers and educators in the faith for individual people, are fundamental elements for the formation of all members, including leaders and animators.’ in the area like ours where there are no Friars. The FSS try to play that role and Sr. M. Sylvia, Sr. M. Winifred and Sr. M. Theresia through the help of regional Spiritual Assistance, help out in Lesotho, Kimberly and Free State. 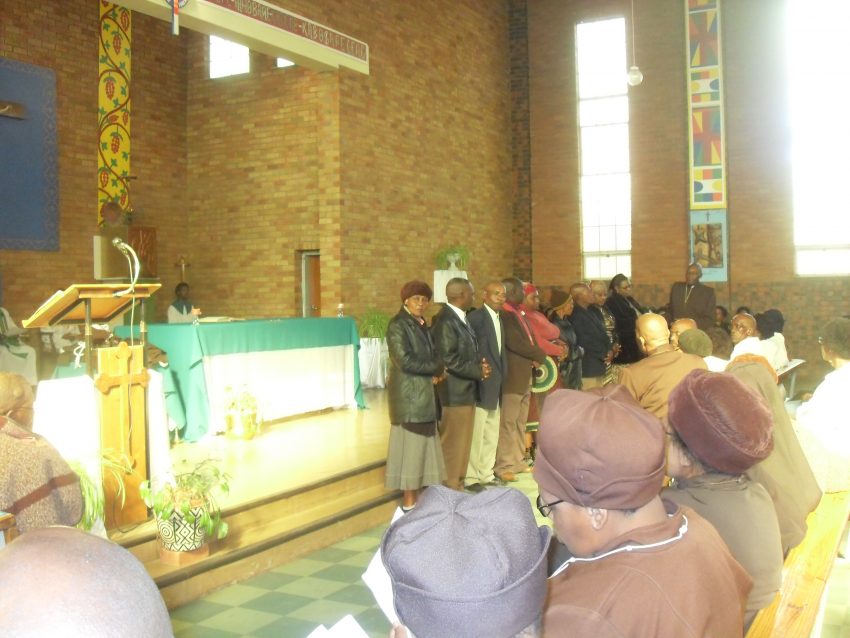